We are living in the most challenging times of all history

If you have been growing up in a western society like I have, you have probably heard it so often, that you would never even think of questioning it. I have always been told how life today is so much better than it ever was before in history. And that it is going to constantly improve through economic growth.
I have to say, this is one of my core believes. And it has recently been challenged so deeply that it motivated me to write down my thoughts about it in this article.

If you have not studied a major spiritual tradition like Buddhism, than this will probably not fit into your mental model of reality.

From the perspective of the an individual human being who believes in birth and death and that he only has this one life, it becomes obvious that his life has improved through the achievements of our society. At least with some intelligent thought he has the potential to avoid disease, does not have to work hard physically, has a warm shelter and does not have to worry where his next meal will come from. But this only works as long as you believe in this illusion. Be aware that this concept of birth and death is probably another one of your core believes.
It is so deeply ingrained in who you think you are and in how the world works, that you will call this absolute nonsense. If you have not followed spiritual practices to the point where you inevitable discover the flaws behind this mental concept, you just cannot see through the illusion. Until you have a direct experience of this, you will either believe it (and still have doubts) or you will totally reject it. 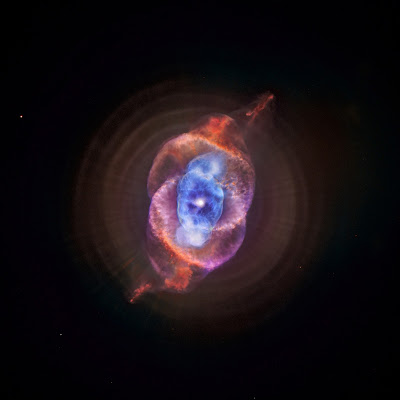 From the perspective of the true Self, which is the awareness that lives in and through every living being, our current time is probably the worst it has ever experienced. On a long term basis the delusional state so many people are in, will cause great suffering, extinction of species and maybe ultimately the human race. Our individual egos have to be transcended in order for us to understand that it is really our own selves that we are harming with our egotistical behavior. Taking resources form future generations, because we believe only in this one and only life, really places a burden on us. Only because we enter our lives without memories of past lives, it doesn’t mean the same consciousness, which is the basis of our experience, will not have to go through all those other lives.
Imagine consciousness as the ocean. The energy from the sun causes water to evaporate, resulting in rain drops. In a similar way, our karma has resulted in our current life. Our lives are like those falling rain drops on the way back into the vast ocean. But we are thinking we are only that tiny little rain drop. With a beginning and an end. But that is the illusion. It will never end. You will only forget, change form, be reborn and relieve. We are that giant ocean from which we came and where we will ultimately go. Not all of it, but part of it. Awakened human beings realize this. From that understanding, immense empathy towards other living being and a feeling of connectedness or oneness develops.

Why our times are so challenging than?

In one sentence, the challenge lies in trying (and having) to avoid all the traps of our modern society.
Our modern technology makes it incredibly easy to not recognize that harm it causes to our environment. Sitting in a car, driving down a road, you are not actively experiencing all the trees that have to be destroyed and all the animals that had to be killed to build that road and that car. Imagine doing all of that with your own hands. You would probably feel very bad about that.
Flying around the earth in an airplane is probably even worse. In a similar way this goes for every item we consume. And worst thing is, that this is especially true for our food. In order to nature into a field, we had to destroy it. A field is not nature. There is almost nothing living there anymore. The food had to be transported. The machines to plow the earth and harvest the crop needed to be build…
Natural? Organic? Sustainable? We can forget all of that.

Compare that to the way we are meant to obtain our food. Harvesting from trees and shrubs whatever nature provides, taking leaves of plants here and there and hunting only what we need. Killing only the weak or old animal, never the young or pregnant. We could shape the landscape into sustainable food forests, where we plant trees which provide us food. Not plowing the earth, not excluding other animals from the ecosystem and returning back to the system what we took.

We have now all grown up in an environment that has never been natural in our lifetimes. So when we think of nature, we might actually think of fields or the parks in cities. This is all not nature. Not even our forests are natural ecosystems anymore, as they are most often used  for growing and harvesting wood. The areas that are dedicated nature reserves might be the last remainders of a natural ecosystem. And even those are often divided by roads which impacts wild-life.


While all this might sound incredibly serious, remember, this is the game of hide and seek, god chose to play with itself. So it’s all for shits and giggles anyways. Seriousness needs to be combined with humor and a relaxed attitude. This is the only way to tackle such problems, while staying sane.