Minimalism: Why Most People Fail Long-Term

There is a problem at the core of minimalism and most people overlook it. Not many people can stay committed minimalists in the long run because it is our minds nature to seek happiness in objects. And objects include every perceivable experience here. In this article, we are going to explore the knowledge you need to break the illusion that objects will ever make you feel whole and complete. 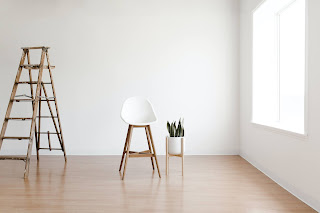 Beyond the initial period, where chasing minimalism is the next thing on your agenda, the next thing that promises to make you happy, most people lose interest. They think that it is not for them. They have not found the satisfaction they hoped to get from it. At least to a degree. Many will remain more conscious of their consumption, but stuff tends to accumulate again over the years and decades. Why is that?
From the spiritual sciences, developed over thousands of years, humanity has gained the knowledge that lasting happiness is never found in objects or experiences. Everything is temporary. And here minimalism starts off on the right foot. Reducing one's possessions is very helpful in actually living without the constant chase of the next thing that promises to deliver happiness.
The typical minimalist starts out enthusiastic after hearing about it and is inspired by how little other people seem to need. They seem happier. And they seem even happier and freer the less they own. Tragically, the act of downsizing becomes the next promise in itself. There is indeed a feeling of freedom once one has reduced objective possessions. But once the initial euphoria has passed, the freedom feels like emptiness.
It is not uncommon to see people dig deeper at this point. They assume, that if the happiness was not in the physical objects, it must be in the experiences. They pack the few items they still own in a suitcase and explore the world. After a period of a couple of month or years, many return to square own, maybe a bit wiser but also disillusioned with minimalism. The promised happiness has not lasted beyond the initial phase of excitement about the new lifestyle. Experiences are still objects and don’t seem to fill the perceived emptiness inside.
What lies beyond this and how can we save minimalism? What insight can make this lifestyle deliver the tranquility it promises? Now and in the long run.
To find the answer we come back to spirituality. Not in the way you think. But in a practical sense, that has real world meaning for you. The goal is to realize that nothing that arises in consciousness will ever make you happy. Conversely, the lack of objects or experiences (minimalism), can’t deliver happiness either.

Don’t believe this, but observe your own experience and see if this is true or not. Believe does not help here. True insight is what we are going for here. Chasing objects does not make you happy. It can temporarily relieve suffering, which is created by desire.
Desire is emotionally painful. You project the feeling of lack onto the objects, which you do not yet have. But you may have noticed that this is an endless cycle that you are on. Once you have the object, it can no longer serve the purpose of projecting your feeling of lack onto it. So the mind goes on to find another object, that is missing and now seems to be causing this feeling of lack.
Accept that this is your current condition. This is the first step of becoming free from this never ending cycle of chasing, acquiring, maybe temporary enjoyment, disappointment and starting to chase again…
The spiritual path is fundamentally different. While many spiritual teachings start out with promises of some magical permanent state of happiness (enlightenment) that you can reach through action, they only do so because this is the condition that you are in. If nothing was promised to you, you would not even be interested. Permanent happiness sounds nice, doesn’t it? So you start seeking spiritual enlightenment.

But make no mistake about this. There is nothing in enlightenment that you could gain. Rather be prepared to lose everything. It is minimalism taken to its final conclusion. You discard everything that is not you.
Currently, you are deep in illusion and it will feel like you are losing a lot. Nothing that is ultimately real is lost though.  It is very sobering to discover all the illusions you are currently stuck in. By losing everything, you gain everything.
You may not like it, but truly saving minimalism is beyond the scope of a single blog article. But be assured, should you decide to undergo the process to know your true self, you will come out the other end content and happy. You will be a sustainable minimalist, because you will no longer have to resist temptations to buy things or experiences. It will instead be as natural to you as breathing. Because happiness is what you are, as your true, eternal self.
Should you feel lost on your spiritual journey, feel free to get in contact with me and we may be able to clarify a few things for you.
Newer Post Older Post Home