Did I fast to completion? And my low-carb fasting exit!

My fast to completion officially came to an end. I wasn’t expecting for it to be so short. But it is not surprising either. I started out with a low body fat percentage (visible abs) and overall with a BMI that classified me as underweight. Additionally I proceeded the fast with an active lifestyle: Working, walking, ice skating and body-weight exercises. 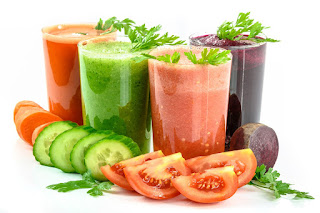 Why did I end the fast?

Given the cold weather I was doing the fast in, it was no surprise that I quickly used up my reserves. But I trusted my body to tell me when to stop the fast. First indicator was that my tongue cleared up. It was no longer coated in white and my breath became much less offensive.
Additionally I noticed a feeling in my throat. I was first thinking it is increased thirst. But it was not relieved by drinking more. So from what I have read, this is the beginning of real hunger. I also had the desire to eat, even though I was confused at first. Because this came so early in the fast and I had expected to go for a couple of more days. But I guess my body went through the issues he had to heal and decided that I should better start eating again. I guess that is a good sign with me weighing 51kg at 173cm after the fast. With a considerable amount of muscle left, it indicates my fat reserves are low. 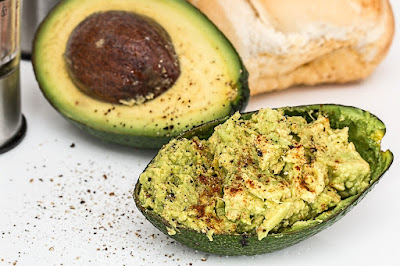 How did I break the fast low carb?

So I broke the fast, but not in a hurry. I purchased celery and white cabbage to make a juice out of it first. Over the course of 5 hours I drank about 500ml of this fresh juice. Approximately half celery juice, half cabbage juice. It is incredible how good and how sweet even this combination tasted. So the end of a fast is a good point to start on a low sugar diet. Your taste-buds are so sensitive you will get a lot of satisfaction from much lower amount of sugar.
Next morning I continued with a green smoothie with spinach, coconut, flaxseeds and avocado and one date. I made a big shake and took it with me to work. I drank about 100ml each hour. It was a whole avocado in total and about 300gr of spinach.
On the side I drank some diluted sauerkraut juice to repopulate my colon with good bacteria.

I think the most important point of breaking the fast, is to keep the amount of food low. And then it might work with almost any food.

The great advantage of breaking the fast low carb

Many people experience uncontrollable hunger after the fast, when they start drinking fruit juices and eating fruit. This is to be expected, because of the huge insulin spike and blood sugar fluctuations. I experienced the same thing after my first two prolonged fasts. It can be a torture to stop yourself from eating when you mind screams at you to dig in. You have basically cut yourself off from the fuel supply you were using during the fast. Insulin inhibits the use of fats and ketones. Therefore your body is immediately thrown into other metabolic pathways. And those need time to properly restart and build all the necessary enzymes.

Breaking the fast low carb is very different. I experienced no such thing as cravings or hunger. I felt very content with the first sips of the juices. The celery and cabbage juice has probably 5-8 times less sugar than any fruit juice. And given I drank it so slowly, it probably did not cause a considerable rise in blood sugar.
Also the smoothie on the next day was very satisfying. I was not craving more. Instead I was happy that it kept my stomach engaged and working on digesting it. I did not even finish all that I prepared, even though it was only about 800kcal for the day. Would it have been a smoothie of 800kcal of bananas you could be certain, to find me drinking it within one hour and ravenous immediately afterwards.

If you consider the metabolic side, I am actually not changing much from the fasted state. I am utilizing the same metabolic pathways, just that the digestion has to be restarted and the energy is coming from fats that originate from outside the body. From there it is the same thing. And body tissue and proteins that were formerly broken down are now coming partially from glucose and partially from ingested protein.
I am glad, I discovered this way of breaking and entering a fast!

The breaking of the fast this was not without problems. Immediately after my bowels started to move again, I experienced some pain. But I would guess this is not so much related to low carb foods as it is to the hardened feces that formed in my large intestines and that I still did not pass. The pain might be caused by the contractions of the bowels in combination with those stones of waste. So nothing really bad happened and I attribute that to the fact that I was easily able to keep my portion size small. In addition I spread my portions throughout the day instead of having a few big meals.

In another post I will explain why I am now more fully in ketosis than ever before and why I will continue to eat a high fat vegan diet for as long as it is suitable. (Summer with all the fresh fruit available here in Germany might be an exception) There are different levels of ketone adaptation.
Newer Post Older Post Home