The different levels of ketosis

If you reduce your intake of carbohydrates, your body increases the amount of fat it burns. Lowered levels of insulin allow for a greater release of free fatty acids into the blood. Their utilization by almost all tissues goes up. But the interesting thing is that not all tissues and organs are able to get all of their energy from metabolizing fat. The brain, some immune-cells and mucous producing cells in the gut have a hard time getting 100% of their energy requirements from fat.

From a certain point onwards, the body starts produce ketone bodies as a byproduct of fat metabolism. In highly adapted individuals the brain for example can derive 75% of its energy from the utilization of ketone bodies. It will always require a certain amount of glucose. This can either come from glucose from food or through gluconeogenesis.

Therefore the adaptation to a ketogenic diet has several phases. At the beginning a low carbohydrate diet is accompanied by quiet a high amount of ketone bodies expelled in the urine. This shows that the body is burning a lot of fat, but organs like the brain are not jet able to fully utilize the ketones that are present. Only if the level of carbohydrates are consistently kept very low (<30gr/day) will the body fully switch over.  After several weeks the levels of ketone bodies in the urine should go down. Though this can take up to several month. Once this happened, protein requirements will drop even further. 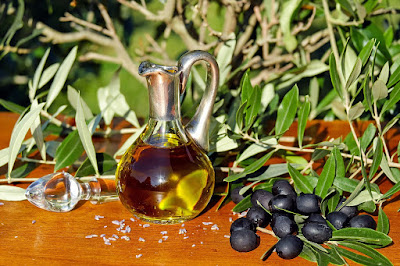 A critical point during the adaptation phase

But the most critical point is probably the mucous producing cells, lining the gut walls. They require carbohydrate, from which they form the mucous. It is not clearly known if those cells can ever fully do their job without carbohydrates. There are concerns, that this increases the risk of colon cancer. Because cells in the lining of the colon are no longer optimally protected.
To prevent this it is also critical to maintain a proper amino-acid intake. Heavy reliance on muscle meats as it can be found in many keto-dieters is also detrimental to the mucous lining of the gut. Glycine, Proline, Cysteine, Serine and Threonine are important amino acids for those mucin-producing cells. Mucin is the glycoprotein that the mucus consists of. Glycine and proline are usually the amino acids that most people are falling short in. Even though they are semi-essential amino acids, sometime the body cannot produce enough of them for optimal functioning. Gelatin would be one good source for those amino acids. On a vegan diet though, the best strategy is to eat a variety of nuts, seeds and protein rich vegetables like leafy greens and mushrooms.

The adaptation phase is challenging

Few people truly adapt to the ketogenic state, because it is so hard during the adaptation phase. One cannot imagine that there is light at the end of the tunnel and most people quit before they reap the benefits.

Personal experience with getting fully keto-adapted

I have found that I could get into a highly adapted state by a pure water fast. Afterwards I broke the fast with the most low carb vegan foods I could think of. I feel so incredible different than I did before on a higher carb diet (100-150gr/day) that I plan on staying on this protocol for as long as possible. I am also curious to see where this diet leads me health wise and in my mental performance and wellbeing.
I have found the water fast to be an ideal way to get fully keto adapted. As many people complain about the difficulties of giving up sweets or reducing carbohydrate intake, I have found it easy to compress all the withdrawal symptoms into one week and go cold turkey on everything. That’s basically what a fast does and why so many people feel so bad during the first few days. It is quitting a lot of addictions at once (stimulating food, coffee, alcohol, drinks,…)

The great advantage of the water fast for the ketogenic dieter

After even a short water fast (one week)most of your taste buds have recovered and are very sensitive. You are not craving sweet food anymore and if you break the fast with low carb food (avocado for example) you can expect to have a heightened sensitivity for sweet tastes. Even things like avocado, celery and spinach will have a remarkably sweet taste. This sets you up for success on the ketogenic diet, where sweet tastes are usually very subtle.
Newer Post Older Post Home