Characteristics of a Total Illusion

In this article we are going to explore the psychological process of an Illusion. We will discover how Self-Deception works in everyone of us and how it arises from deep underlying mechanisms that are interconnected with reality itself.
With that understanding we will be able to make the connection to spirituality and what are the difficulties that make true enlightenment so rare.
And in the end we will see why this is ultimately a good thing and how we can use this knowledge to our advantage. 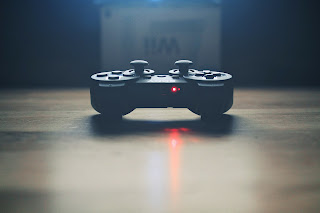 The deception in video games

Let's take a look at the shallow illusion of video games. This technology offers an experience that many of us today can relate to. To discover the characteristics of a total illusion we will first have to define what make an illusion shallow and obvious. The historic development of video games reveals that the illusion becomes more realistic the closer it is to what we are used to experience in real life.
Game-Designers work very hard at giving characters more life like movements and the overall behavior of real humans.

It is also easy for us to imagine that at one point in the future video games will have surpassed the resolution of our senses, eventually becoming indistinguishable from our real sensory experiences.
So what else would it take to make us believe in the illusion? If we might join with all of our senses into such a game of the future we still bring with us our memories. From that we can conclude that a total deception must also include our own memories besides a perfectly simulated sensory experience.

If we ask what makes videogames so popular, we reveal another interesting aspect of psychology. What benefit do we get from spending our time in those virtual realities while obviously achieving nothing of value in "real" life?
Their appeal may lie in their ability to trigger our reward centers without requiring exertion of physical effort. They reward/cost relationship is high.

On another level they have become so good at presenting a life-like scenario that some people may be able to completely forget about their life. Usually only for a limited amount of time though.
An additional aspect of the illusion of video games is their story telling. Great games not only have great graphics but also a great story. Some goal is presented to the player that seems to be of value to achieve within the game world. The background of the characters become ever more complex. For the players to identify with them even more, in-game decision influence the development of the story and it's outcome.

If all these aspects seem to you as representative of real life, than now you can contemplate the difference between an obvious and a total deception. You may want to ask yourself the question: What is missing in these perfect game scenarios that we can still distinguish them reality?

In order to make the illusion whole and difficult to uncover, all of our own being must be included in it. Which, again, doesn't mean that this is a bad thing. It just means that reality does not work the way that materialism makes us believe. The very mechanism by which reality comes into being is through an illusion. That is how it works. So in a sense we could also say that it is real. Just not in the way we previously believed.

In order for the self-deception to be completely convincing, our own thought process is part of it. If you tend to disagree with me here, than ask yourself, what are you listening to, when trying to find out about the illusion? The answer is likely, that you rely on your own reasoning and your own thoughts. But beware that you have no "objective" background against which you could compare your thoughts and then say that they match reality.

This is why waking up is so tricky. It is a long and difficult process to reveal all the self-deceptions of the ego. But the reward is incomparable joy and bliss that exceeds all human expectation.

Why would we lie to ourselves?

I want you to think about a past experience when you lied. What made you use a lie in that situation?
It's purpose was likely to serve you in some way. You felt threatened by something and lying seemed to be a solution to avoid that thread. So it served you or your agenda.

So why would we deceive ourselves?
First, who is deceiving who if the individual we thought we are does not exist? We could answer, that only god exists and therefore god is deceiving himself.


Similar to the Movie "The Game", we might say God became bored with resting in it's own infinite existence and wanted to feel what is it like to be a part instead of the whole. To have a limited existence and feel what it is like to identify with a part of himself.
So the ego came into existence and believes to be limited to the human body. That very thing, the ego, must be deluded in order to become a limited thing, when in reality there is only one infinite whole. If that thing wants to survive, it has to feed the lie and keep deluding itself to stay alive...
Newer Post Older Post Home