Equanimity is one of three qualities of mind that we want to develop if spiritual enlightenment is our goal. The other two are focus and clarity. Equanimity as a quality of mind is helpful not only for meditation and insight but also for life satisfaction in general. With equanimity, we remain in a peaceful state regardless of the experiences we have at the moment. When pain arises, we are not swept away by our stories around it and remain aware of the sensations that arise and pass from moment to moment. 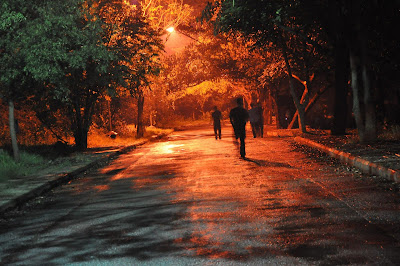 In meditation, equanimity is an important quality of mind, because it allows one to properly develop one's focus. With low equanimity, even little disturbing things will through one off the chosen focus object. Higher equanimity on the other hand allows the meditator long periods of deepening concentration, which can then lead to the desired states, stages, and insights.
Equanimity can be developed in many ways. The important key element is the conscious experience of the sensations arising and passing away. This means that we stop reacting to them and do not create mental stories around them. Reactions can still follow a little later when they are done consciously.
One example where equanimity can be developed is in meditation with physical and emotional discomfort. When you sit down to meditate for a certain period of time, you make the commitment not to move during that period. Sooner or later some physical discomfort may arise. Going consciously into the pain and not trying to escape it will increase one's equanimity. Eventually one can discover that the sensations themselves aren't painful. Pain is more equal to the resistance one has to the sensations. Equanimity rises when the pain tolerance is increased by lowering that resistance.
Daily life can be another great practice ground for equanimity. When consciously and mindfully experienced, difficult life experiences can be skillfully used for spiritual development.
Some examples are:
• taking a cold shower without breathing heavily
• pushing harder in a workout than before and feeling the pain
• not distracting oneself in periods of boredom
• really listening to someone without giving in to the temptation to talk
• intermittent fasting - feeling hunger
• doing favors without expectations
• labeling and noting practice - seeing all parts of experience clearly
• doing better work than what is required or expected
Equanimity is all about coming face to face with bare reality. Not wishing for it to be different. Not that one cannot take action in the future to change experiences. But the very experience that already presents itself and is already true, to see that as such and fully accept it, that's an equanimous mind.
This realization is at the heart of spiritual enlightenment. To accept the fullness of sensations in every moment and to see their transcience, their unsatisfactoriness, and lack of a self perceiving any of them. It's the recognition that there is no control and has always been an illusion. To fully see this, requires high equanimity. Otherwise, the self will sabotage the process, because it does not want to accept certain experiences.
Facing the difficult experiences of one's life head-on means developing equanimity if paired with the right attitude.
Older Post Home