This line of thinking makes sense to me. And if it is correct we might be able to say something about cold showers from it. In my last post I talked about how the combination of intermittent fasting and cold showers probably increases the degree of autophagy brought about by the fast.

If you are experienced with longer intermittent fasting periods you might know about the cold inducing effect of the fast. When your digestive system has shut down for several hours and you have run out of liver-glycogen the body down-regulates the body-temperature. This might not happen the first time with intermittent fasting but after continued implementation for several weeks I bet most people will experience it, if calories are lowered as well.

With the combination of cold showers, this cold inducing effect of the fast is brought on much earlier in the fasting period. When showering with cold water for several minutes and not showering warm afterwards the body temperature decreases noticeably. At least during winter when the water-temperature is low. This mimics the body-temperature lowering effect also brought about by caloric restriction or intermittent fasting. In the following hours after the cold shower the body has to increase the amount of energy burned in brown adipose tissue to increase the body-temperature again. Brown adipose tissue picks up glucose and fatty acids from the blood stream to burn it in it mitochondria for heat generation. Burning a higher amount of fat in a shorter amount of time makes the fasting period more effective. Especially if on exercises before the cold shower and continues the fast for several hours afterwards.

I guess we have here a tool that has the amazing property to increase longevity and it takes only a few minutes a day. Especially if combined with intermittent fasting in the way I outlined in my last post. But the benefits of cold showers go beyond the possibility to extend life-span. The greatest benefits I feel personally are psychological. As I am building the habit right now to exercise (almost) each morning and taking a cold shower afterwards I can judge the difference it has on my day. The experience of not having regular cold showers in the morning is still fresh in my mind. Cold showers are a test of willpower, no doubt. But mastering this first challenge of the day has a profound impact on how easily I can navigate challenges that come up later during the day. It becomes much easier not to give in to food temptations for example. Having what it takes for a cold shower in the morning is just too big of a contrast to giving in to unhealthy food choices for a mere few moments of perceived pleasure. This behavior would just not be in line with the outcomes I hope for when I take that cold shower. Building willpower is really a skill that can be learned. Turning down that “oh-so-delicious” mixture of high-fructose-corn-syrup, white flour, soy-bean-oil and aromas has become incredibly easy.

Secondly cold showers are the greatest natural energy-boost out there. The clarity and feeling of aliveness and freshness can just not be topped by anything I know of. Especially after exercising the increase in circulation from the cold-shower and the rush of blood to the skin and from the extremeties to the organs gives a lot of energy. One reason for that might be the increased rate of breathing the cold-shock automatically induces. 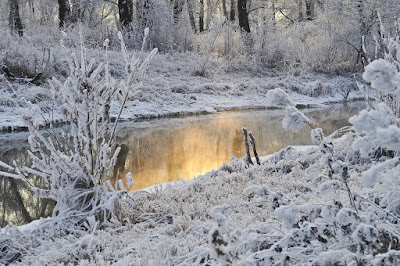 Important things to keep in mind:
After having experimented with cold showers in the past already I noticed several negative effects. After several month of daily cold showers I noticed that I just could not stand the cold shower anymore. I would not warm up at all anymore afterwards and felt cold almost the whole day. I were not aware of several things that are important. I now think that cold showers should not be combined with prolonged intermittent fast and severe caloric restriction. In the past I often did cold showers in the morning and would not eat until the evening. And also quite a restricted amount of calories due to not eating enough fat. And eating too much calorically dilute food in general.
Now I am restricting my calories not as severely and feel much better. I warm up faster after the shower. Also the fasting period lasts only 5 hours afterwards.

Other important points to take care of are stress, hormone-release, coffee-consumption and thyroid health. A cold-shower causes a natural release of adrenalin and other stress hormones. This is great for waking you up, but in combination with too much caffeine can lead to an overstimulation of the adrenal glands. But you will find that you do not need as much caffeine as before or might even be unable to tolerate it in the fasted state after a cold shower. Also make sure to take in enough iodine. I think the amount in the western diet is way too low. Even using iodized salt does not come close to the optimal dose. Either take a good multi-mineral-supplement that contains at least 100%  of the RDI. Another good option is the daily consumption of seaweeds. Nori is low, Wakame is medium and Kombu is high in iodine. Be careful not to eat too much kombu daily though. In Japan daily consumption of seaweed is the norm and in talking to several Japanese I found out, they were not even aware of the possibility that you could eat too much of them.

Iodine is important for a healthy functioning thyroid. It regulates how well your body is able to produce energy. So demanding heat-generation after cold showers from a body with a poorly functioning thyroid is not a good combination. If a lack of iodine is the issue it can easily be fixed with continued higher intake.

I hope this is helpful for you if you want to optimize your health regimen. Adding in cold showers while being aware of the “dangers” might be a wise move. I think they can replace the short term adrenalin and stress response we were used to get in our evolutionary past when a wolf, bear or tiger showed up with the intend of having human sashimi for dinner. But cold showers might as well be a joke compared to the feeling you get from such an encounter. So man up and give up that climate-change-causing warm shower of a pampered and underchallenged 21st century-human being ;)…. Have fun!